In this experimental study, the rheological properties of Sodium Silicate Formamide mixtures were investigated in order to determine the usability of Sodium Silicate-Formamide mixtures as grout material. While determining the rheological properties, the effect of sodium silicate percentage and ambient temperature were part icularly taken into  account. Experiments were started with the determination of the gelling t imes. Gelling times observed to be between 352 and 1650 minutes  at +15 ° C,  between 94 and 721 minutes  at +25 ° C and between 26 and 648 minutes  at +35 ° C. The gelling times decreased as the sodium silicate percentage and temperature increased. After the determination of the gelling times, the viscosity values of the mixtures were determined. Viscosity values were observed to be between 1.98 and 11.8 cP (centipoise)  at  +15 ° C,  between 1.42 and 9.51 cP (centipoise) at +25 ° C and between 1. 23 (centipoise)  and 8.48 cP (centipoise) at +35 ° C. W ith an increas e in the percentage of sodium s ilicate, the vis cosity values increased, while the temperature increased, the viscosity values decreased. Finally, experiments on syneresis percentage determination were carried out. At the end of 720th day, the percentages of syneresis were found to be between 1. 47% and 22.4% at +15 ° C,  between 2. 98% and 23.7% at +25 ° C and between 3.9% and 24.8% at +35 ° C. In mixtures, syneresis after gelling increased in t ime and this increase slowed down after the 18th day. The percentage of syneresis increased up to the ratio of 50% sodium silicate with the increase in sodium silicate ratio, after which the percentage of syneresis decreased with the increase of sodium silicate ratio. In addition, the percentage of syneresis increased with the increase in temperature. Experimental studies have shown that sodium silicate-formamide mixtures show good rheological properties and an alternative grouting material. 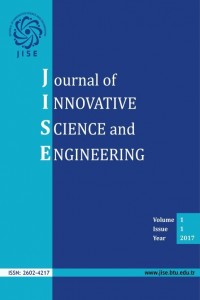